The process of play therapy can be very hard to explain in a way which has any meaning for people who haven’t experienced it. Often, though, those people ask great questions which go to the roots of what play therapy is about and how it works. I’d like to use this blog, among other things, to answer some of those questions.

So, today’s question (from a medical student): “Do you ever worry that you don’t know what a child’s play is about?”

Imagine that a child is using their therapy session to make a story about an elephant. Making a story can happen in lots of ways: they might be drawing a picture (and describing it, or not), or moving figures around in the sand tray, or putting on a puppet show, or pretending to be the elephant, or telling me to play the elephant, or just talking: “my friend Elliot, the Elephant, he said…”. 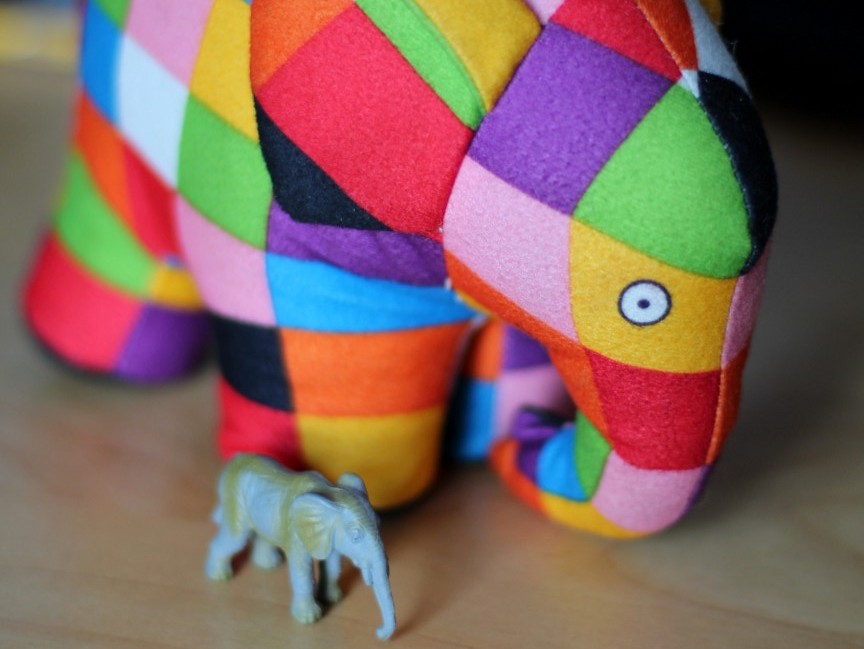 The elephant in the story is constantly looking for somewhere to go, and keeps being sent away by the other animals. Sometimes, the elephant hurts the other animals because he’s been sent away. Sometimes they let him be with them for a little while, and then something goes wrong and they send him away, or leave him alone.

I talk to the child about how that elephant feels lonely and sad, and really, really wants somebody to be his friend. I reflect how angry he is with the other animals. I might talk about the other animals, and how they feel when the elephant hurts them.

I might have ideas about who the elephant represents. Maybe the child has been having problems making friends at school, and other children don’t want to play with him because he hits them. Maybe there’s a new baby in the family, and everybody has less time to play with him. Maybe another child at school has been bullying him, and he really wishes that he could send them away. Or I might have no idea at all.

Either way, the child can still benefit from playing their story, and from hearing my understanding. If he is the ‘elephant’, he knows that I understand his loneliness and frustration. Those feelings are real and understandable, and he has some words to express them. If he is one of the ‘other animals’, he knows that somebody has recognised his annoyance and his need to be away from the intrusive elephant. In either case, he’s also heard a little bit about how the other people in the situation might be feeling, which might help him to negotiate future situations.

It’s nice for me when I understand (or think I understand) what a child’s play “means”. It makes me feel more secure, and it helps me to choose the most useful things to say to the child, and the most useful feedback to give their parents. But when I don’t understand, the child can often still make use of the play space and of my attentive, empathetic listening to support their own exploration.

← Launching our service – and our blog!
“Women To Work” profile us →